Salinity and Miscarriage: Is There a Link? Impact of Climate Change in Coastal Areas of Bangladesh - A Systematic Review 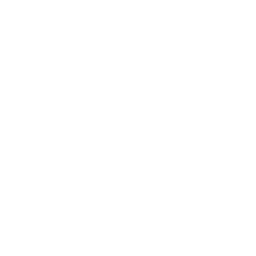 Salt is a noteworthy mineral component that plays a major role in health and infection. Unreasonable salt intake is a major reason for hypertension, cardiovascular illness, and stroke. It is assessed that 884 million individuals don’t have access to clean water in the world. The expanding saltiness of characteristic drinking water sources has been accounted for as one of the numerous issues that influence low-pay nations, however one which has not been completely investigated. This problem is exaggerated by rising sea levels, climate change as well as. The developed countries are used desalination trees for reducing the salinity level, in any case, this is probably not going to be a reasonable choice for low-salary nations influenced by high saltiness like Bangladesh. Miscarriage and preeclampsia are the most widely recognized pregnancy factor with various etiological elements, including inflammatory and autoimmune conditions. All the more as of late, various investigations demonstrated that unreasonable salt intake is engaged with the advancement of inflammatory procedures through the enlistment of the T helper-17 pathway and their inflammatory cytokines. Then again, miscarriage, preeclampsia, and adverse pregnancy outcome have been demonstrated in several studies indicated the pivotal role of inflammation in the etiology. Here, it is assumed that unreasonable salt intake during the time of pregnancy can highly be associated with increased risk of miscarriage, and adverse pregnancy outcome. Subsequently, the risk of miscarriage and adverse pregnancy status can be reduced by taking the low salt intake around the time of pregnancy status. This paper also describes the role of salt in the etiology of miscarriage and preeclampsia.

Salt (NaCl) is one of the effective minerals that have a significant effect on health and disease (Kotchen, Cowley, & Frohlich, 2013). The prescribed degree of dietary salt admission is under 5 g (sodium 2000 mg) every day for adults and lower consumption in kids (Campbell et al., 2014; N.R.C. et al., 2015). Be that as it may, unnecessary dietary salt admission is a significant reason for hypertension and related sicknesses (Figure 1); including cardiovascular illness and stroke (Blaustein et al., 2012; Mozaffarian et al., 2014). Miscarriage and Preeclampsia are a common pregnancy problem. Miscarriage is characterized as the unconstrained loss of conception before the twentieth seven day stretch of pregnancy (Kalumbi, Farquharson, & Quenby, 2005; Regan & Rai, 2000; Taylor, Bedaiwy, & Iwes, 2018; Toth et al., 2010). Miscarriage is classified into two categories: sporadic and recurrent. Approximately 50% of women experience sporadic and 1% of women experience recurrent (Taylor et al., 2018). A few elements, including inflammatory and immune system issues, are engaged with the etiology of miscarriage (Taylor et al., 2018). High blood pressure, proteinuria, and kidney problems are occurring because of Preeclampsia. Around 3-5% of women experience Preeclampsia. Preeclampsia is a significant reason for maternal mortality, maternal morbidity, and prenatal deaths (Rana, Lemoine, Granger, & Karumanchi, 2019). Most recently studies described the role of salts in case of miscarriage and Preeclampsia. All the more as of late, studies showed that salt has a vital role in the improvement of inflammatory processes and an increase of autoimmunity (Van Der Meer & Netea, 2013). Several studies also explain the role of the inflammatory process in the etiology of miscarriage and preeclampsia (Krementsov, Case, Hickey, & Teuscher, 2015; Saini, Arora, Yadav, & Bhattacharjee, 2011). This hypothesis discussed the role of salt in the etiology of miscarriage and also its impacts in Bangladeshi coastal areas. 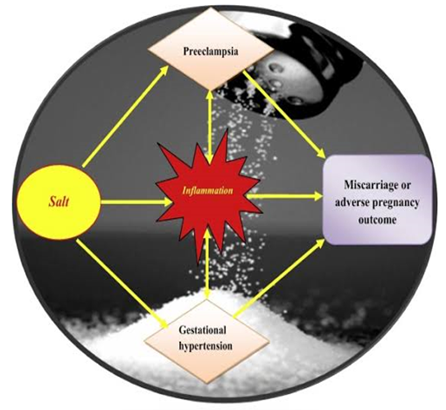 Globally about 600 million people are dwelling in low-elevated coastal zones, those will soon be a victim of progressive salinization—due to climate change-induced sea-level rise. We know from available research that sea level may be elevated by a meter or more by the end of the twenty-first century—potentially making one billion people vulnerable. While climate change research predominantly focused on inundation and damages from surges and hurricanes, slow and steady threats like salinity from seawater intrusion could be another vital terror worth consideration. Groundwater salinity has important consequences on livelihoods and could potentially create public health hazards through its impacts on agriculture, aquaculture, infrastructure, coastal ecosystems, and the availability of fresh water for household and commercial use. Understanding the public health and economic effects of salinity intrusion may help us to know the consequences better—facilitating appropriate planning for adaptation and mitigation.

Bangladesh is one of the most climate change vulnerable countries in the world. Bangladesh is a riverine country and coastal Bangladesh is a part of the flat Ganges Delta, streaming water from the Himalayas into the Bay of Bengal. Sea-level elevation and saltwater intrusion are currently affecting about 30% of the cultivable land in the coastal Bangladesh where groundwater salinity is affected by tidal flooding, direct inundation, and mobility of saline ground and surface water (Haque, 2006). In coastal Bangladesh, primary drinking water sources like rivers, ponds (for surface water) and tube-wells (for groundwater) are threatened by saltwater intrusion from the Bay of Bengal. Approximately 20 million people living along the coastal areas are currently affected by varying degrees of salinity by drinking water obtained from various natural sources. Integrated Regional Information Networks (2007) reported high river salinity in the southern districts of Bangladesh, which has risen by 45% since 1948. Our main objectives are to describe the consequences of salinity to the miscarriage in the coastal zones of Bangladesh.

ESTIMATES OF WATER SALINITY IN BANGLADESH

In Bangladesh Saltiness of surface and groundwater is dictated by a combination of elements incorporating stream, tidal floods, rainfall, and groundwater extraction, as well as the impact of sea levels and other climate factors. During the dry season (November-May), the Padma-river flows at less than a quarter of its capacity. Because of the Farakka Bridge, India, in 1975, the freshwater dropped off significantly in Padma (Mirza, 1998).

The extent of salinity in coastal areas is increased with the rising sea-levels (Vineis, Chan, & Khan, 2011). Other elements that increase water salinity is Shrimp farming. In a previous couple of decades, enormous zones of rice fields and cultivable land in coastal areas have been converted into Shrimp farms. This has added to expanded groundwater saltiness, soil debasement, and acreage of rice (Ali, 2006). A study was undertaken to find the daily salt intake to the people of coastal areas (Khulna). The normal degree of river saltiness was evaluated at 8.21 g/L of water in the dry season. Expecting a normal every day utilization of 2 L of water for each person, salt admission from the river water was up to 16 g/day (Khan, Mojumder, Kovats, & Vineis, 2008).

Most of the people in Coastal areas of Bangladesh are exposed to salinity by drinking water. Besides drinking water, the people also exposed salinity through occupation (Shrimp farming), which affects the health of the people. The Government of Bangladesh reported the salinity exposed through drinking, bathing, occupation and as a result people suffered different health problems like hypertension, miscarriage, skin disease, and so on (Vineis et al., 2011).

The link between high dietary salt-intake with elevated blood pressure (BP) is recognized worldwide (Aburto et al., 2013). Drinking highly saline water on a regular basis could potentially also have direct and indirect impacts on health. However, the public health effect of substantial and regular sodium consumption through drinking water is a rather unexplored area of research. Even the World Health Organization (WHO) does not have any clear guidelines for safe salinity levels in drinking water, except that the testing-wise unacceptable range is sodium level greater than 20mg per liter (WHO, 2008).

This hypothesis offers new bits of knowledge about the role of salt in the etiology of miscarriage and preeclampsia. Risk of miscarriage is plausible for pregnant women who have high salt intake. Rising water saltiness is a further potential outcome of environmental change and ocean level ascent and furthermore raises issues of ecological equity. Not exclusively is the commitment of low-pay nations to carbon emanations frequently unimportant (as on account of Bangladesh), in any case, their weight of negative results of environmental change is absolutely lopsided. In this paper, we explained the salinity and its relation with different types of disease especially we focused on miscarriage and salinity. Accordingly, decreasing salt admission for pregnant women or women who intend to become pregnant ought to be recommended.